In the past ten years, the production and application of plastic flexible packaging film in China has been rapidly developed, but it is not enough to pay attention to the human skin health problems caused by plastic packaging film for food packaging. Recently, the concern about PVC cling film may cause cancer in the country. example of. In fact, in China, the use of PVC film in addition to plastic wrap, but also a large number of use in candy kink packaging, small food kink packaging. The twisted packaging of candy and small foods is directly contacted with food by PVC twisted film. At the same time, the consumer groups are mainly children and adolescents. Therefore, the problem that PVC twisted film may endanger human health also attracts attention from all sectors of society.

China is a big country in the production and consumption of sweets and small foods, and also a major exporter of sweets and small food products. At present, the domestic kink packaging film is mainly PVC film and cellophane. Among them, PVC film is widely used in the domestic market due to its low price. Export products have been gradually banned from PVC products in European countries, Japan, South Korea, Taiwan, etc., and only expensive glass paper twisted film can be used. The environmental protection of PVC film is well known, and although cellophane itself is not toxic, its production process has the same impact on the environment as papermaking. Therefore, the development of a new environmentally friendly twisted film that replaces PVC and cellophane has become a top priority in China's plastic packaging industry and the candy industry.

PET (polyethylene terephthalate) is a non-toxic, transparent and recyclable material, mainly used in various beverages, mineral water and film packaging. It is currently widely used in packaging worldwide. One of the materials. The PET twisted film successfully developed by our company is a non-toxic, colorless, transparent, moisture-resistant, gas-tight, soft, strong, acid-resistant oil ester and solvent, and is not afraid of high and low temperature.

1, PET twisted film as food packaging, fully in line with national health standards, and obtained the US FDA (Food and Drug Administration) certification.

3, PET twisted film has high kink strength and good stiffness. It can achieve a packaging speed of more than 1800 per minute on the candy automatic packaging machine without the phenomenon of film twisting, which can improve the productivity of candy packaging equipment by more than 30%. The best PVC twisted film can only reach a level of 800 per minute, and it is prone to film cracking.

4. Due to the high kink knot strength and good stiffness of the PET twisted film, the thickness of the film can be 23μm, 19μm, and the material density is slightly lower than that of the PVC twisted film, which greatly improves the material utilization rate. The thickness of the PVC kink film must be above 28μm in order to have a certain strength and stiffness to meet the requirements of aluminum plating, printing and kinking. 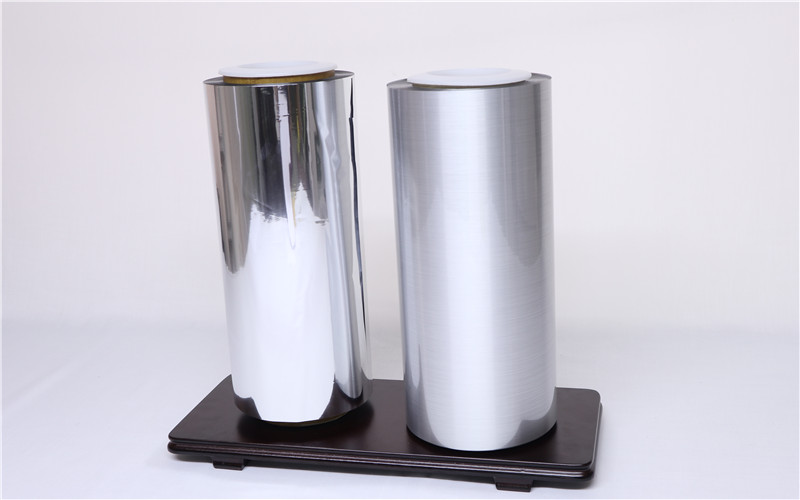